Stevia and its Role in Sugar Reduction

If you work in the food industry, you’ve heard about stevia that it has been a sought-after sugar alternative for the last two decades. If you’ve even been in a Starbucks (and who hasn’t?) when you’ve reached for something to sweeten your coffee or tea, you may have seen a zero-calorie sweetener from Whole Earth Sweetener Company called “Nature Sweet,” a blend of stevia and monk fruit. Maybe you’ve even seen Pepsi True and Coca-Cola Life in the grocery store or convenience store. Both drinks are formulated with stevia and differ from the current diet sodas on the market that use aspartame and acesulfame potassium. Stevia has changed the world of sweeteners – and there’s no turning back. 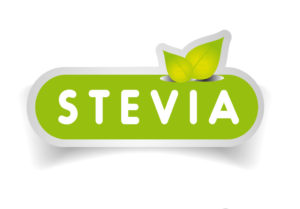 So what is stevia? Stevia is a zero-calorie, low-glycemic sweetener made from the leaves of the plant species Stevia rebaudiana, which is native to South America including Brazil, Paraguay and Argentina. For centuries, people in these regions either used the leaves to sweeten teas and medicine or chewed stevia leaves like a piece of gum. During the 1830s, the first reported use of stevia was documented by Dr. Moises Bertoni, who was given a sample of a unique species of stevia by the Paraguayan Indians. This strain of stevia was apparently much sweeter than the other varieties of stevias local to that region. Dr. Bertoni decided to name the strain after his friend and chemist, Dr. Ovid Rebaudi, who helped him extract the sweet constituents. Then in the early 1900s, two curious French chemists Bridel and Lavielle isolated the first two steviol glycosides from the stevioside and rebaudioside A (reb-A) leaves. Future experiments from other contributing scientists lead to the discovery of more than 40 steviol glycosides.

Among these compounds, stevioside and reb-A are the most common and nearly 200 to 400 times sweeter than sucrose. They are also the first to be commercialized. While stevioside is sweeter than reb-A, it also has a more bitter and metallic aftertaste than reb-A, making it more challenging for food scientists to develop tasty formulations. As a result, much of the stevia offered in today’s market contains high percentages of reb-A.

What Makes Stevia a Low-Glycemic Option?

Why is stevia touted as a zero calorie, low-glycemic sweetener? The glycemic index (GI) is a measure of how quickly a food causes our blood sugar level to rise. The food is ranked on a scale from 0 to 100.  Foods with a high GI are quickly digested and absorbed causing a rapid rise in blood sugar, which often, but not always, are highly processed carbohydrates and refined sugars.

Foods with a low GI are digested and absorbed at a slower rate and result in a slower rise in blood sugar levels. Low GI foods are typically higher in fiber, protein, and/or fat. Stevia has a GI of 0 which makes it an excellent alternative to sugars which range from 19 for fructose and 105 for maltose.

The Future of Stevia

While stevia continues to be a popular ingredient choice, it still remains a challenge to completely replace sugar. For instance, in baking, along with sweetness, sugar also contributes to crispness, browning, tenderization and shelf-stability — all of which impacts mouth feel, flavor perception and control of water activity. Just as when the food industry reacted to the public’s outcry for eliminating fat in foods, other sweetening ingredients such as maltodextrin, sugar alcohols, fibers, hydrocolloids and proteins were added to foods to compensate for sugar’s unique properties.

Stevia still remains a critical player in the industry’s direction toward including sugar alternatives for calorie reduction, weight and diabetic management and clean label products.